The robots are coming, but not for me

See what 2,000+ U.S.-based consumers thought about the future of automation on employment and more. 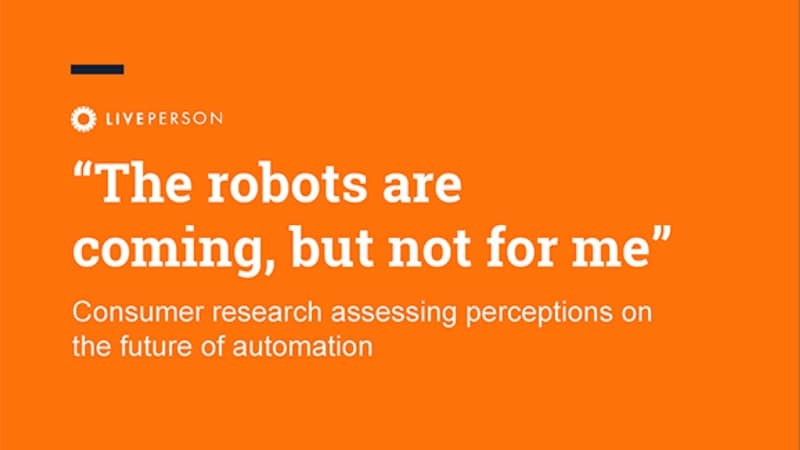 In 2016 and 2017, a wave of bots, AI, and automated technologies were sweeping into widespread use, and many studies reported that these technologies were poised to displace millions of jobs. However, there hadn’t been large-scale polling of what consumers really think. That’s why LivePerson commissioned this 2017 online survey of more than 2,000 US-based consumers ages 18 and older, asking their opinion on the future of automation for employment and more.