LivePerson makes life easier for people and brands everywhere through trusted Conversational AI. Our Conversational Cloud platform empowers consumers to stop wasting time on hold or crawling through websites and message their favorite brands instead, just as they do with friends and family. Our 18,000 customers, including leading brands like HSBC, Orange, GM Financial, and The Home Depot, use our conversational solutions to orchestrate humans and AI at scale and create a convenient, deeply personal relationship — a conversational relationship — with their millions of consumers. LivePerson was named to Fast Company’s World's Most Innovative Companies list in 2020 and is a founding member of EqualAI. 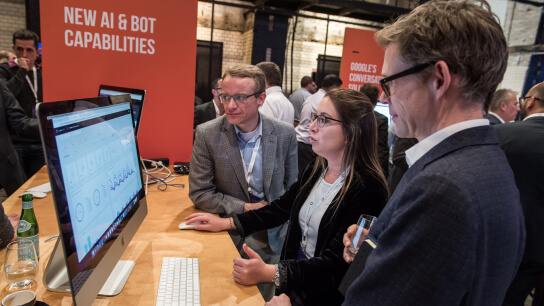 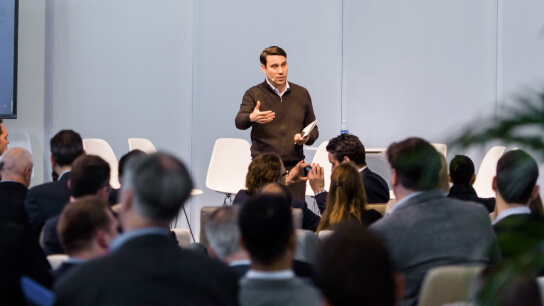 LivePerson has been innovating conversational connections between brands and consumers for more than 20 years, starting with the invention of live chat on websites by our founder and CEO, Robert LoCascio, back in 1995. Today, we’re driving the new conversational era by helping the world’s largest brands connect with their customers at scale through AI-powered messaging. 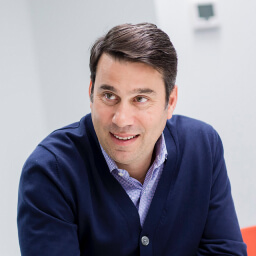 Robert LoCascio is the founder of LivePerson, Inc. and has been its chief executive officer since its inception in 1995. His mission is to make life easier by transforming how people communicate with brands. LivePerson has come a long way since its early years, having survived the dot-com crash and grown to become the leader in intelligent engagement solutions, currently serving over 18,000 clients, with 1,300 employees and offices across the globe. Robert is one of the longest-standing founding CEOs of a tech company today.

Robert’s interests extend beyond his business and reflect his close ties to New York City. He is a founding member of EqualAI, which works with companies, policy makers, and experts to reduce bias in AI, and the NYC Entrepreneurs Council of the Partnership for New York City. In 2001, he started the Dream Big Foundation with its first program FeedingNYC, which gives families in need a Thanksgiving dinner. To date, FeedingNYC has donated more than 80,000 meals. Its second program, the Dream Big Entrepreneurship Initiative, launched in 2014 to fund, mentor, coach, and empower local entrepreneurs in underserved communities. 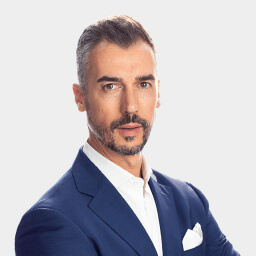 Angelo leads Banking and Consumer Services at LivePerson. With more than 19 years of experience in the banking industry driving technology, marketing and digital transformation programs, he conceived and founded buddybank®, the first conversational bank in the world that offers banking and lifestyle services through messaging.

buddybank® is a conversational banking experience designed for iPhone with a 24/7 messaging-concierge and it is part of UniCredit, one of the largest pan-European banks.

Formerly, he served UniCredit as Head of Open Innovation, launching initiatives including an online banking service designed for and with senior citizens. Angelo is an expert in transforming how banks interact with their consumers, proving that conversational commerce can turn customers into ambassadors. 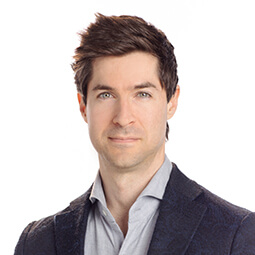 Drawing on his experience as a founder, data scientist, and institutional investor, John Collins brings a modern vision and skillset to the role of CFO. Before his appointment to CFO, John led the development of automations and machine learning to support strategic decision-making and predictive analytics as LivePerson’s SVP of Quantitative Strategy.

Prior to LivePerson, John pioneered approaches for transforming third-party data exhaust into investment signals as Co-Founder and Chief Product Officer of Thasos. John also served as Portfolio Manager for a systematic equities strategy while Thasos incubated inside an NYC-based fund with over $10 billion in assets under management.

John holds an MBA from MIT’s Sloan School of Management, a JD from Chicago-Kent College of Law, and a BS from the University of Central Florida. 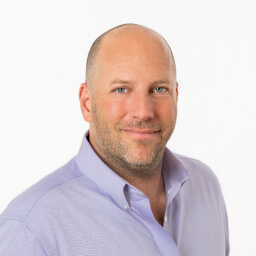 Alex leads the technology organization at LivePerson, overseeing all R&D globally. Prior to LivePerson, he was global head of Alexa OS for Amazon.com, running a large, distributed team of developers around the world and leading the development of the core software systems and capabilities that underpin the Alexa platform.

Before joining Amazon, Alex served as CTO of McCann Worldgroup — one of the world’s largest marketing organizations with 24,000 staff across more than 100 countries — and CTO for North America and Asia-Pacific at AXA Technologies, where he built large-scale grid computing for predictive modeling. At Thomson Reuters, he oversaw product and technology for news and media, including real-time, AI-driven news curation for financial professionals.

He has also held executive technology leadership positions at TheStreet.com and MTV Networks as CTO of Comedy Central. Alex started his career as an engineer in New York City, working on real-time data feeds. He has an MBA from Duke University. 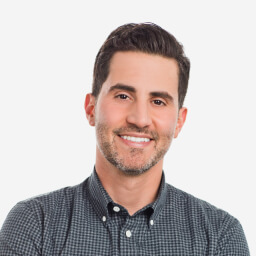 Manlio oversees the company's flagship enterprise software business worldwide. He previously served as CEO for multiple consumer and business messaging companies he helped launch. These companies include fast-growing team locator app FreshTeam and KeKu, a profitable VoIP app that connects millions of people around the world for low-cost calls using its patented technology.

Prior to KeKu, Manlio was CMO and head of product strategy for Intermedia, a global leader in cloud services and the world's largest independent provider of Microsoft email. From 2005 through 2009, he was CEO of The Carelli Group where, with a team of consultants, he worked directly with CEOs, CMOs, and heads of sales at Fortune 500 firms and a portfolio of venture-backed SaaS start-ups to transform their operations for higher growth. Manlio previously led marketing for TradeCard (now Infor), a SaaS supply chain company with $100 billion in transaction volume. 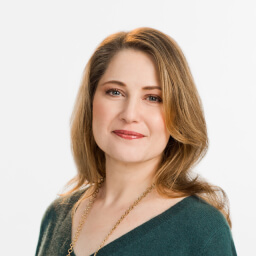 Monica brings to LivePerson extensive experience in executive management in the software and internet industries. She oversees a wide variety of corporate and strategic matters at LivePerson, including strategic alliances, mergers and acquisitions, and commercial transactions as well as the company's corporate legal affairs.

Monica holds a BA from the University of Pennsylvania and a JD from Boston University School of Law. 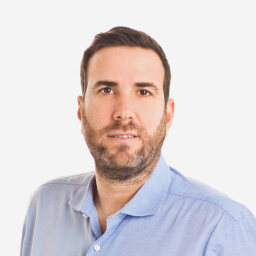 Avi oversees LivePerson’s global commercial business group, which is focused on growing mid-market and small business accounts through direct and indirect channels. Avi previously led global customer success at LivePerson — and during his first years at the company, he served as the VP of Product where he led the development of the LiveEngage platform.

Prior to joining LivePerson, Avi was the CEO of Amadesa, which he founded in 2005 and was acquired by LivePerson in 2012. 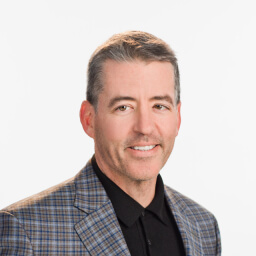 Prior to joining LivePerson, Marc was the founder of Contact At Once!, which was acquired by LivePerson in 2014. He was previously an associate partner with Accenture responsible for messaging and eCRM practice areas. Marc graduated from Clemson University. 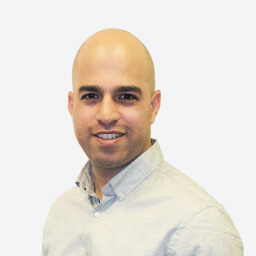 Liran leads the consumer group at LivePerson. It operates the world’s largest online marketplace for expert advice, continuously connecting people with more than 200,000 experts in 600+ fields through chat, phone, email, and online Q&A, among other channels. Liran was previously LivePerson consumer group’s head of product. Prior that, Liran was a CEO and partner at Badook, a business index platform. He has also led product management at several start-ups. Liran holds a BSc in industrial engineering. 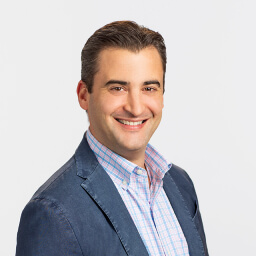 Head of Transformation and Business Operations 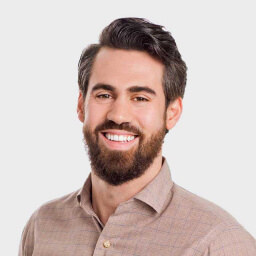 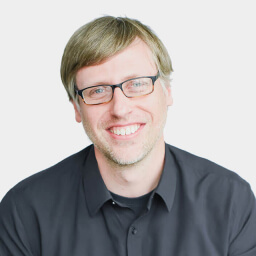 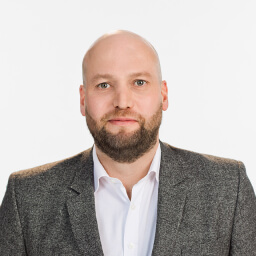 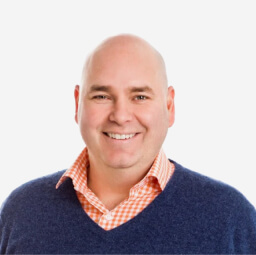 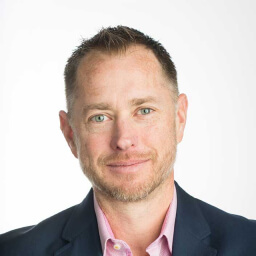 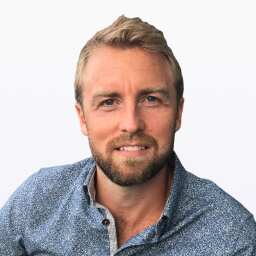 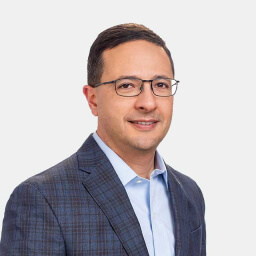 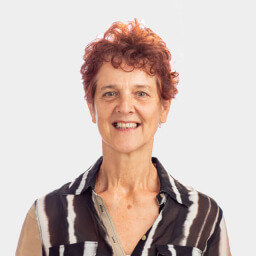 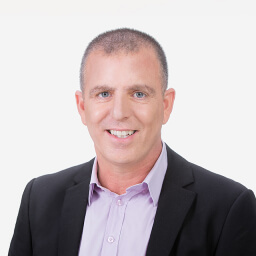 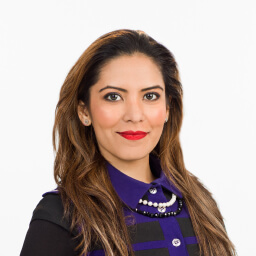 Chairman of the Board, Chief Executive Officer, LivePerson, Inc.

Our global team of 1,000+ experts is committed to our mission of making life easier by transforming how people communicate with brands. Every LivePerson employee across our 20 offices worldwide works by the same standards to ensure our customers get the best possible product and service. 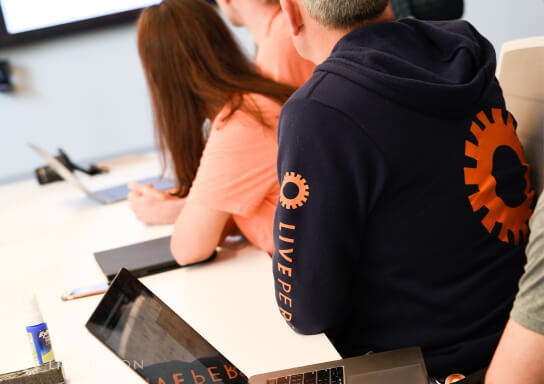 LivePerson has been innovating how people communicate with brands for the past 20+ years. Our founder, Robert LoCascio, is still at the helm today, making him one of the longest-standing founding CEOs in the industry. Our team of experts use the following principles to guide our daily actions in pursuit of our mission: to make life easier by transforming how people communicate with brands.

We must be experts

As a preeminent brand, we must be experts. Every touchpoint with LivePerson should showcase our expertise and leadership.

We obsess over the customer

We are relentless in working to make our customers’ businesses better.

We are systems thinkers

We build systems and frameworks that will result in maximum output of the team.

We start from the intent

We work backward from the customer need or problem.

We move quickly and with purpose.

We are strong team players

We engage employees and expect peers to be accountable to each other.

We disagree but commit

We listen to and challenge one another, find the best solution, and get behind our decision.

We work through adversity

Challenges are often the path to extraordinary outcomes.

We test and learn

We test with intent, learn from the results, and adapt quickly.

We use quantitative thinking and data to inform decisions.

We constantly find ways to acquire new knowledge and expertise.

We learn from mistakes

We push ourselves to do new things that don't always work out.

We focus on what is critical, set high standards, and continually raise the bar.

Come break barriers and build bridges between businesses and their consumers.

See how our community of AI and messaging innovators are changing the way business is done across the world.

We’re working to identify and eliminate bias in AI.