The digital lives of Millennials and Gen Z 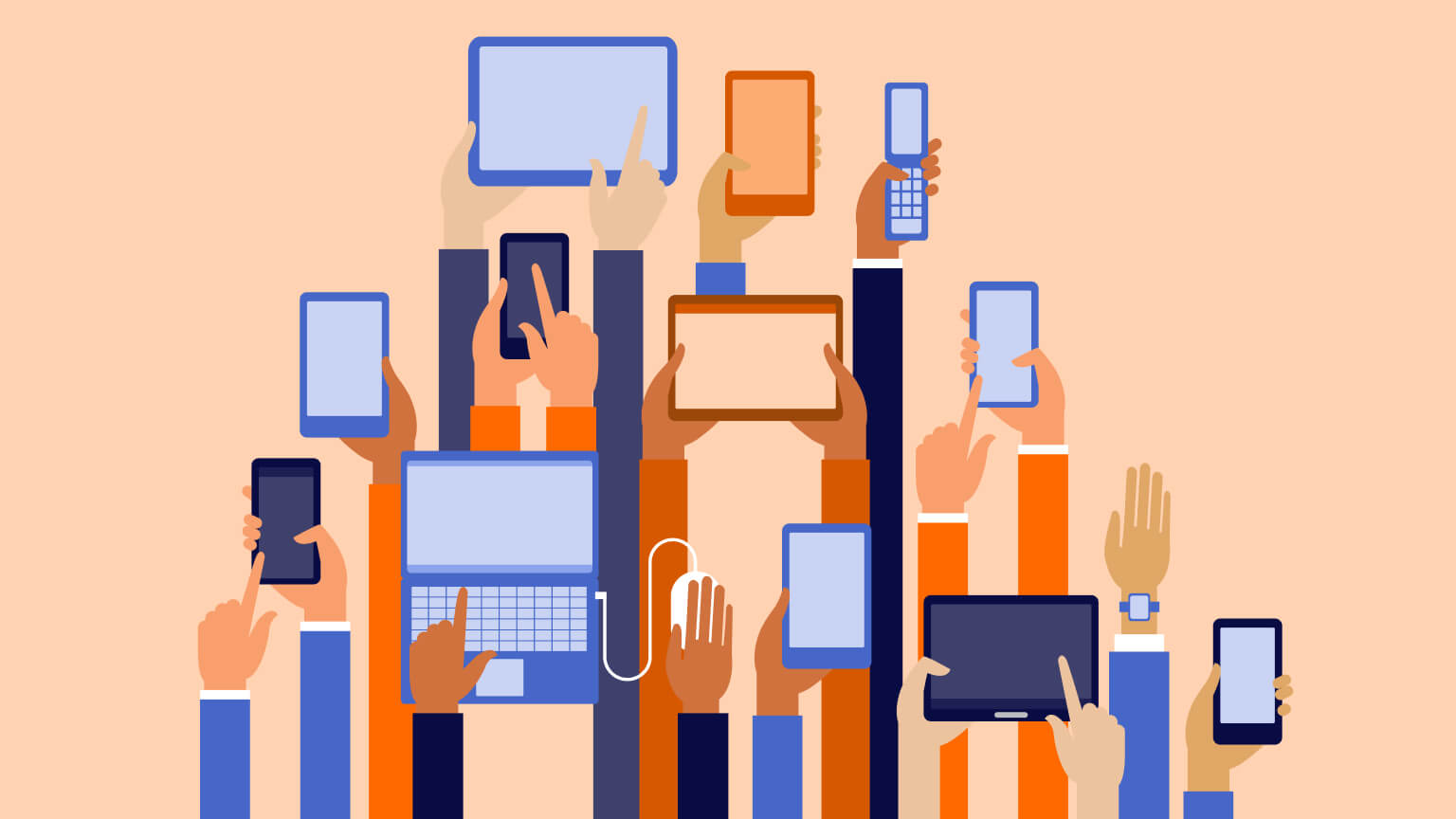 Take a look with us back at 2017 when research pointed to the digital behaviors of the younger generations. The only thing that has changed? Even more consumers of all ages are digital first.

LivePerson commissioned an online survey of younger consumers across the US, UK, France, Germany, Japan, and Australia. The survey polled more than 3,200 18- to 34-year-olds, also categorized as “Gen Z” and “Millennials” (with Gen Z defined as people ages 18-24 and Millennials, for comparative purposes, as those ages 25-34).

Additionally, the survey put the same questions to 1,016 people in the US who were 35 and older, as a benchmark for comparison with younger Americans.

Polling took place during September 2017. Respondents were asked a series of questions regarding their personal digital behaviors and digital etiquette. Results were analyzed across age groups and countries.

The phone is the new wallet (both figuratively and literally)

With today’s broad and powerful phone capabilities, it isn’t surprising that a majority (61.8%) of younger consumers globally would, if forced to choose, leave their wallet at home instead of their phone.

The phone was prioritized by Millennials and Gen Z over the wallet in all six countries, but there was significant variation from country to country, perhaps related to divergence in digital payment options, the core “wallet” function. The UK’s 18 – 34-year-olds are most willing (almost 77%) to leave the house with a phone but no wallet, whereas Germans are more evenly split: 51% for phone and 49% for wallet.

Digital is the new IRL

Globally, the majority of interactions for younger people ages 18-34 has flipped from “IRL” (in-real-life) communication to digital communication via messaging and social networks. In fact, 65% now communicate more digitally than they do in person, on any given day. This number is higher in English-speaking countries, with the US at 73.7% and the UK at 74.4%.

Germany is the holdout and the only major country reporting that they communicate with people more in person than digitally — but only by a tiny margin: 50.1% and 49.9%, respectively.

Younger consumers expect digital convenience in all aspects of their lives. Answers must be available when and where the customer needs them, or a company will likely lose a sale. For less expensive purchases (under $20USD or the equivalent), 73.4% of Millennials will give up on a brand within 10 minutes if they don’t get the answer they need.

The phone is now such an integral part of the younger generations’ lifestyle that a majority — 52.2% — reaches for their phone when they awaken momentarily during the night, and 70.1% of Gen Z and Millennials across the globe sleep with their phone within arm’s reach. 64.5% bring their phone into the bathroom with them.

This preference for digital communication shows in an overwhelming favoritism for messaging over phone calls. If they could keep either the phone app or the messaging/SMS app, a majority of Gen Z and Millennials (69.4%) would choose the messaging app. This jumps for those in the US (73.4%) and UK (73%).

Globally, apps from social platforms, such as Facebook, Instagram, and Twitter, are more crucial for Gen Z and Millennials than practical apps, such as for banking, car rides, and shopping.

With Gen Z and Millennials across the globe so attached to their phones, it shouldn’t be shocking that many of them place less importance on traditional social norms than older generations. Of respondents, 41.6% consider it acceptable to text during a family dinner, and 27.7% think it’s acceptable to text while in the middle of an in-person conversation.

Automation for simple tasks, human help for the rest

With their lifestyles deeply integrated with digital devices and platforms, it isn’t surprising that younger consumers (18 – 34-year-olds) across the globe would prefer to automate simple tasks  — such as making a reservation (65.8%), checking into a hotel or flight (55.7%), and ordering room service (55.9%)  — than speak with a person.

One finding that runs counter to the prevailing narrative about “digital natives” is that many young people still like human assistance, even with some tasks that could be automated. The majority would still like to connect with a person for more complex tasks, such as taking a food or drink order at a restaurant (73.8%), mailing a package (61.4%), and picking up a prescription (72.5%).

When asked to rank how they typically try to get a question answered from a brand, going to the app or website was the #1 choice, on average, globally. This was followed by  live chat / messaging, social media channels, and then, finally, calling the 800 number.

The Japanese were the only respondents more likely to call the 800 number if they couldn’t find the answer first through the app or website. Respondents in Japan were also more patient in searching, with 19.7% reporting they’d spend more than 15 minutes trying to find an answer.

In the US, voice calls to a brand are usually the last resort. Comparing Millennials and Gen Z against the older population, younger Americans ranked voice calls fourth out of four options for contacting a brand, after self-service, messaging, and social media. Over-35-year-olds ranked social media platforms last and voice second to last, suggesting a lack of faith in using social channels to solve customer care issues.

Younger consumers are open to receiving digital offers through text message/SMS. A quarter of global respondents (25.1%) would like to receive offers or promotions this way from brands they already do business with. Of consumers surveyed, 39.5% declared that offers must be relevant for a brand to send them an SMS. Only 35.4% would not want to receive offers. The number of “no” respondents is lower in the US (29.3%) where customers generally value relevant offers straight to their mobile device (42.2%).

Although young people are typically considered much more text and messaging oriented, there was little variation between US Gen Z and Millennials and older US respondents when it came to how receptive they were to sales and retention pitches.

From digital-first to digital-only

A large majority of Gen Z and Millennials globally (69.5%) can imagine a future where 100% of purchases are done digitally/online. In fact, 20.7% globally would prefer to buy most products and services completely digitally, never having to speak with a human.

The number interested in digital-only transactions was the highest among French consumers (26.9%) and the lowest in consistently digital-shy Germany. More than half globally (56.4%) would like at least a mixture of digital and human interaction when completing transactions.

Check out the Resource Library